Curtain up. Under a magnolia tree in a leafy Parisian courtyard, you're sitting with a glass of vin rouge in one hand and a pen in the other.You might be planning your sightseeing itinerary or jotting down a shopping list for the luxury stores of the Champs-Élysées. But you feel like Simone de Beauvoir, Albert Camus, Édith Piaf on a night off.

Atala invites you to be theatrical and you're ready to take the stage. The unmissable art-deco exterior is mirrored in the elongated lettering on the entrance. Dark marble flooring sets a sumptuous scene to your stay. Artwork spills from the lobby walls to the original sculptures of the secluded garden.

Each air-conditioned room has a classic décor, flat-screen TV with satellite channels and a private bathroom. Some rooms have a seating area and Privilege Rooms also offer views over the Sacré Coeur Basilica and the Eiffel Tower.

There is a 24-hour front desk at the Atala. Rooms are also accessible by a lift.

Sonder l Atala Champs-Élysées is 500 metres from the Arc de Triomphe and 600 metres from Boulevard Haussmann. Metro George V is 350 metres away, giving guests access to all of Paris’s famous sites. The staff will be happy to provide you with information about Paris.

Time to see where the City of Light gets its name. Watch the dazzling display of the evening Eiffel Tower from the parapet of the Arc de Triomphe, mere moments away. Turning towards the avenue, let your eyes dance through the Jardins des Champs-Élysées right to the pyramid of the Musée du Louvre. 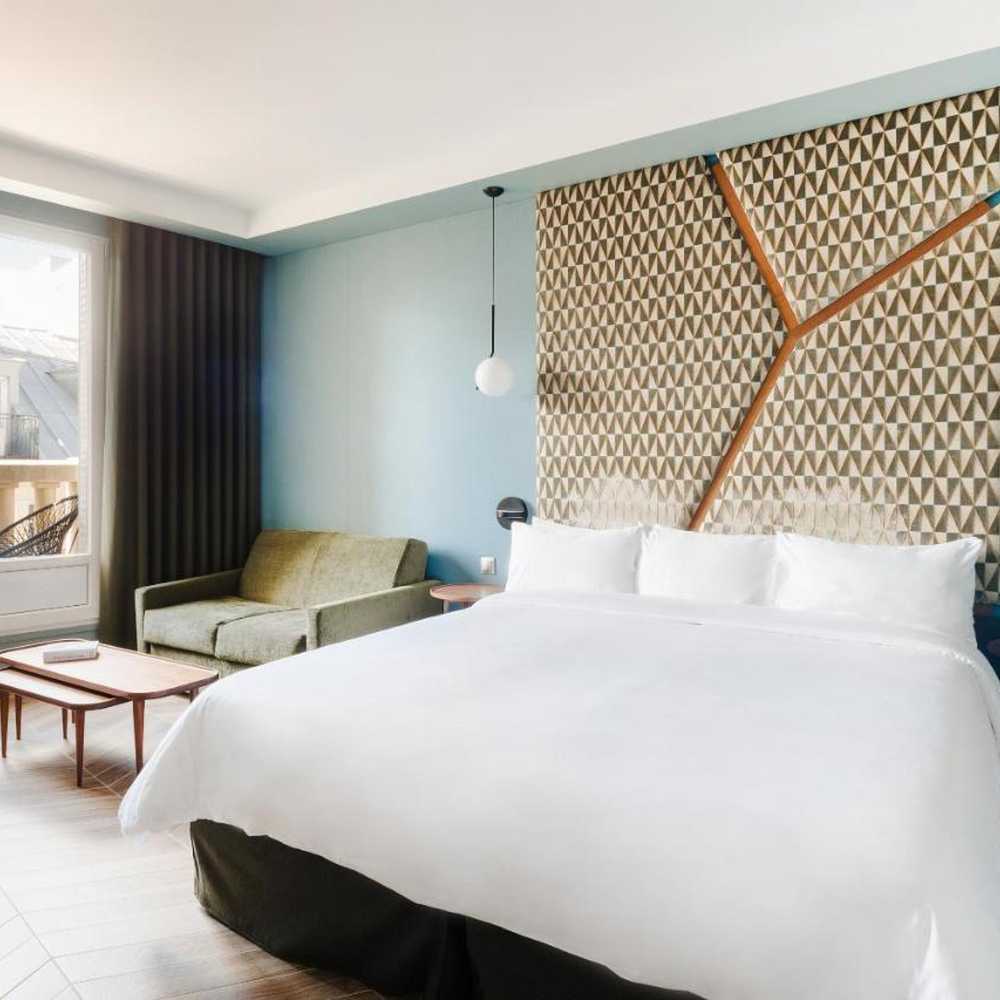